We assisted in the development of the 2014 membership campaign season for Real Betis Balompié, SAD, more commonly referred to as Real Betis or just Betis. 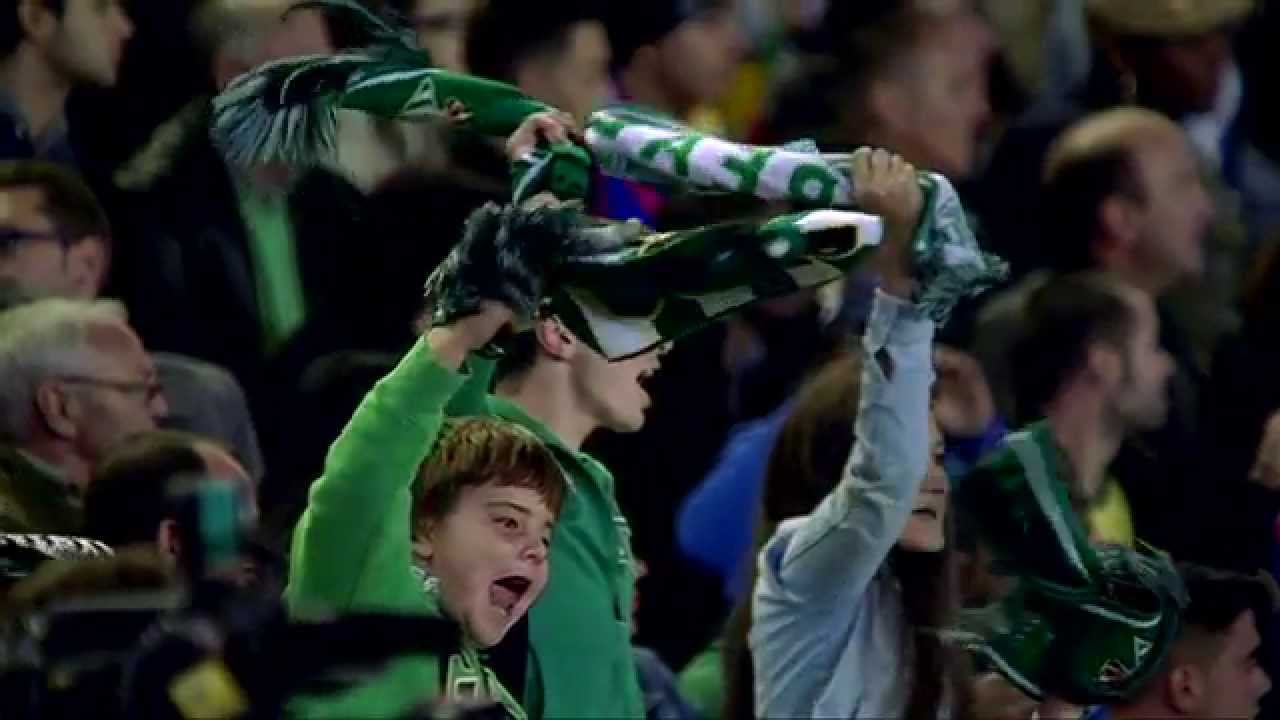 An agency helping their team

Real Betis Balompié is a local soccer team in Seville, Spain. In a country where soccer is so deeply rooted in the national culture, everyone who’s anyone engages with the sport.

For a localized comparison to a similar Canadian team, think of them as the Toronto Maple Leafs of Seville. They have a huge following in the city and they bring in a lot of money for the industry. Although it’s rare they ever make the finals, it’s a pretty big deal when they do. Everybody wants to go to the big Betis games, and that is how Awesome Web Designs came to work with the team’s management.

AWD founder Guillermo Figueredo was a huge fan of Real Betis growing up. His whole family and household were all fans, so it was only natural that he would love the team as well.

When Guillermo went to Canada to work on his degree, he soon realized his place as a fan was in jeopardy.

Fans of Betis can sign up for a membership card with the team. This card comes with a seat number for any games they wish to attend. The longer you’ve been a fan, the lower your number will be and the better your seat. This is a point of personal pride for many fans, as it serves as a way to show off how long they’ve been with the team.

Guillermo was shivering his way through his first Canadian winter and still feeling a bit lost in the country when he learned that, no longer being a resident in Spain, his membership card would soon expire. For him, it was about more than having a seat at his favourite team’s games, it was about his place as a fan. He felt very sentimental towards his seat number and he didn’t want to lose it.

This prompted him to get in touch with Betis’ management, though purely as a fan at this time. He sent them an email about creating a new membership card for expats living abroad. It would be more symbolic than anything, and it would let the fan keep their number.

The management team loved the idea, and soon afterwards, it was implemented. Betis fans could now spread across the globe and still remain close to their team, which was great for Guillermo, who would soon find himself falling in love with Canada and moving there to start his business.

This experience only marked the first contact between Awesome Web Designs and Real Betis Balompié. While it wasn’t in any official capacity, it would go on to influence our relationship as partners in the near future.

A few years later, before Awesome Web Designs was officially even founded, Guillermo was working as a freelance marketer when he was approached by his contacts at Spanish firm La Claqueta PC to work on Real Betis’ marketing campaign. Guillermo jumped at the chance, and now the rest is history.

Leading the creative charge for a city-wide marketing campaign

We were called in to run Betis’ whole marketing campaign. We also designed a single landing page, though it was only around for the season. The page was more or less in line with the rest of the work we were doing for Betis though.

It was a very traditional marketing campaign. A large part of our role was designing graphical elements for the team. This included billboards that would be seen throughout Seville, as well as the previously mentioned membership cards for fans.

When Guillermo told them that he was the one who suggested the out of country membership cards, the management team was thrilled. It was one of the reasons why they felt so confident about putting him in charge of the creative team on the project. We would then go on to create the entire branding presence for the campaign.

We also contributed to elements used by the videography team in some Youtube marketing videos. Other than graphic design and general branding, we also worked on Google ad words for Youtube, which increased online visibility of the campaign greatly.

At first, the campaign didn’t have any major digital aspect to it. When we came on board with the project, we pitched some ideas that the team accepted, which led to the Youtube presence that was there in the final product.

We ultimately had a hand in everything creative on the project, right down to the campaign slogan.

More than just a job; A chance to contribute

Providing a service, not a product

Our work with Real Betis Belompie was more than just a job for AWD; it was a chance to contribute to something that we had a deep personal connection with.

Today, Guillermo lives in Canada and runs Awesome Web Designs. Even still, he divides his time between his clients in Spain and his work in Canada.

All of our partners are equal at Awesome Web Designs. Regardless of where you live in the world, we’re an international company and we value your business.

Whether you’re just starting out, you need someone to run your next marketing campaign, or even if you own an established company and need an entry into the online market, Awesome Web Designs will treat you as more than just a number. We pride ourselves in our personal approach that you would never get at a larger web design or marketing firm.